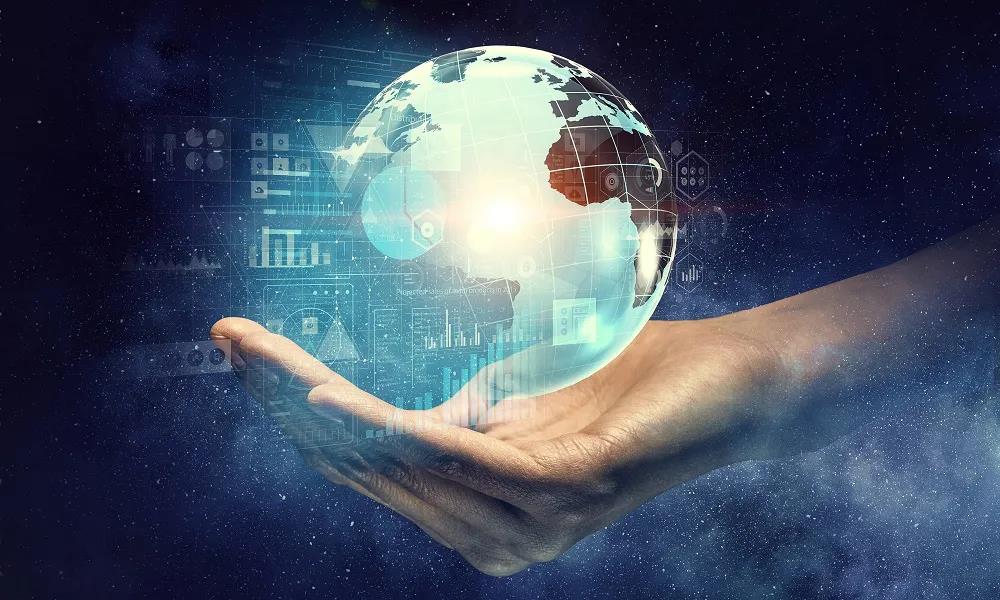 Whilst battling with the challenges brought upon by the Covid-19 pandemic, several major tea producing countries also had to encounter battles with various non-COVID- 19 related issues through 2020, such as shipping logistics and costs related challenges in China, regulatory matters in Kenya, heavier rainfall experienced in India and plantation worker wage issues in Sri Lanka. However, all tea producing countries commendably continued to function as essential services, which in turn made sure that the global tea industry suffered less than most other industries.

However, it is believed that this increased production has resulted in a significant quantity of tea remaining in stock with producers in China at end of the year. In India too,  a large quantity of tea is known to be held asstock in the pipeline by wholesalers as well as blenders. Exporters in Kenya who had purchased more teas at the auctions to benefit from lower prices that prevailed during the year are also known to have carried over stocks at end of the year. It must be noted that having become world’s third largest Black Tea producing country in 2019, Black Tea production in 2020 in China grew to a staggering 404,265 mt., recording a staggering annual growth of 32%. Despite the large production increases in China and Kenya, global annual exports declined by 4% (80 million kgs.). Lower exports made during the year by China, India, Sri Lanka and Argentina, contributed to this decline.

In accordance with this reduction in exports from producer countries, global imports

(Graph below) also recorded a 4% (77 million kgs.) decline during the year. 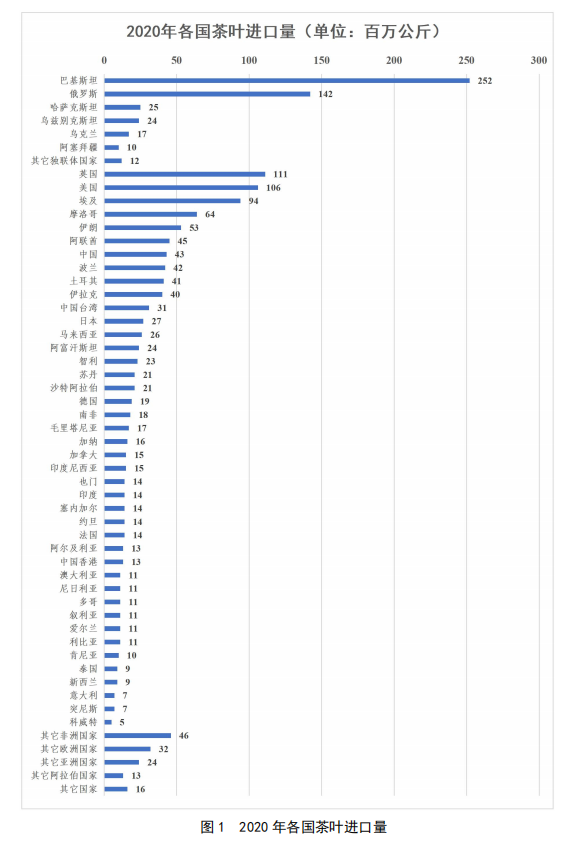 With this reality, the huge annual increase by 22% (46 m kgs.) of imports by Pakistan is significant. A less conducive trading environment experienced by unofficial traders in the North West Frontier province in recent years has led to the importation of more goods into the country through transparent, official channels. Imports into Pakistan reached 252 million kgs. during the year, recording a stupendous growth of 100% within the last ten years. After several years of decline or stagnancy of the market, United Kingdom imports grew by 6% with net-imports reflecting an increase of 9% as a direct result of higher in-home consumption during 2020. Import volumes into UK have kept declining over a 50-year period, following the wider acceptance of tea bags, multi-origin blends, dilution of country of origin and a wider choice of beverages competing for a share of the throat been some of the factors. Having touched a percentage share as high as above 90% of tea bag penetration, this seems to have declined marginally more recently with a revived interest in loose teas that still remains very much a niche segment along-with organic, fruit and flavours, herbal and Green. In recent times, UK imports from other origins have been increasing in a clear sign of some packers opting to source relatively cheaper tea from Indonesia, Vietnam and South India, adjusting their intake from Kenya. With the continuing over-supply situation in Kenya and with plenty of teas available around the globe at sub-US$2 prices, both packers and supermarkets are spoilt for choice.

Directly related to pandemic related challenges, imports into Morocco, the largest Green Tea importing country in the world declined by nearly 25%. With almost all tea imports into Morocco sourced from China, difficulties in seeking alternate sources at short notice is likely to have impacted the supply chain. Following the increase of import duty for tea up to 32.5% for tea in packages below 3 kg. a few years ago, a few Chinese companies have opened tea packing factories in Morocco. Currently, more than 90% of total imports are in bulk form and generally, imported tea is packed in cardboard boxes of 20-30 kgs. each. The most popular consumer pack size is 200 g. whilst 100 g and 500g. packs are also available.